The opening of the winter season of the Belgrade nightlife

The opening of the winter season of the Belgrade nightlife 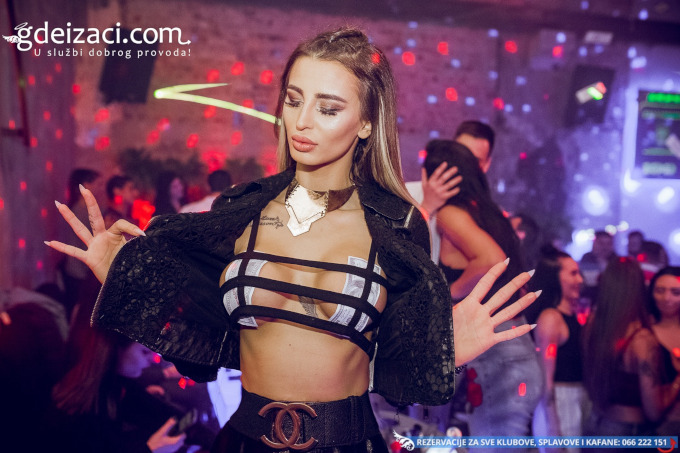 Hot summer days are behind us, and the autumn brings the colder and windy weather in Belgrade. Start of the autumn marks the end of the summer season of the nightlife in the capital and the beginning of the winter season. River clubs are closing its doors and moving to their winter variants. You don’t have to worry – all clubs and taverns are where you have enjoyed during the warm days just changing their locations and names. Great parties and atmosphere remain the same.

Here what the offer of the nightlife expects us in the wither season of the Belgrade nightlife.

WHAT IS THE WINTER, AND WHAT IS THE SUMMER SEASON OF THE BELGRADE NIGHTLIFE?

It is familiar that Belgrad is the city that never sleeps. Besides being the capital of Serbia, this city is also the capital of great entertainment for the whole region. While the weekend is the top time for nightlife, in Belgrade you can party until the dawn every day of the week.

At the nightlife of Belgrade, there are two seasons – summer and winter season.

SUMMER SEASON OF THE BELGRADE NIGHTLIFE

The summer season of the crazy Belgrade parties is beginning with the first warm days. Sometimes it is in May or a June, or even April that was unusually warm this year. Basically, it all depends on the weather conditions.

Nightlife at the river clubs during the summer in Belgrade is something truly amazing, that everybody has to experience. Tourists are delighted with the Belgrade nightlife, and foreign media are recognizing Belgrade as one of the leading towns for the great nightlife. This year, the last weekend of September has marked the end of the summer and beginning of the winter season in Belgrade.

WINTER SEASON OF THE BELGRADE NIGHTLIFE

Winter season of nightlife starts with the last breaths of summer. River clubs are usually closing down by the half or at the end of September, but there were cases that summer season lasts until the end of October. The longer the summer is, the later Belgrade winter clubs are opening their doors.

As said, most of the Belgrade clubs have their winter and their summer location. That means that during the colder days you can enjoy in the closed space of your favorite club, and during the summer you can party at the same club, but in its open venue on the river. The whole crew responsible for grat parties usually doesn’t change, so that great time at one club or tavern have the same quality. 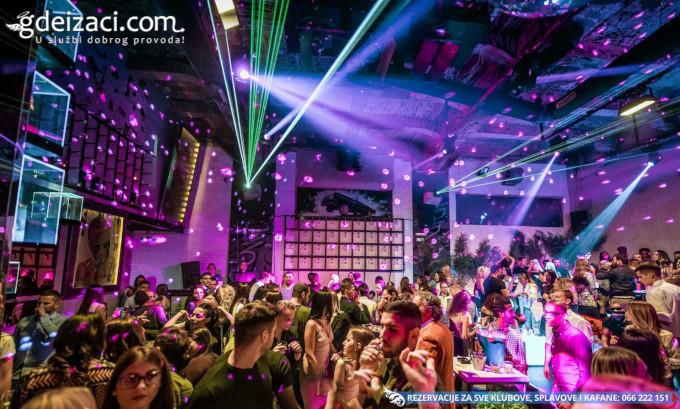 Clubs that will mark the winter season of the Belgrade nightlife

By quality, Belgrade clubs can measure up with many famous world clubs. The fact that club The Bank is announced as the best club in Eastern Europe, is just one verification of that claim. Considering that competition is very strong, the quality of the Belgrade clubs is increasing every year. They use the most advanced sound, light, and air condition systems, and every club is decorated in a very modern design and follow the latest world trends.
Clubs in Belgrade are diverse based on the music that they play to clubs with foreign music and clubs with the domestic music.

At the Belgrade clubs that are playing foreign music, you’ll have the opportunity to listen to the best local and world-famous DJs. Such clubs have the performances of the domestic rapers and hip-hoppers, and the custom music genre in this type of clubs are House, RnB, Hip Hop, and Rap. Of course, there are also the hits of the nineties, since they never go out of fashion. Every night is thematically determined, so you can choose the day with your favorite music. Stay informed about the Belgrade clubs programs at the gdeizaci.com club section.

The best Belgrade clubs with foreign music that will be in this winter: 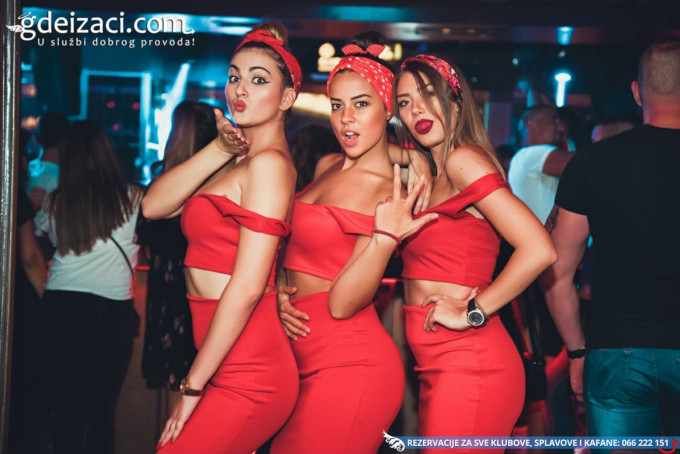 Domestic music is very popular in the whole countries of ex Yugoslavia, and wider. You shouldn't be surprised to hear the hits of the famous stars of the Serbian music scene in Greece, Bulgaria or Turkey.

Folk music is the primary music genre in Belgrade for the early nineties. Today, there are many variations of this genre with the elements of rap music, which attracts the younger generation. This is by far the most listened music genre in this region, so there are clubs in Belgrade that are dedicated only to this type of music. The biggest names of the local music scene are performing there. IF you have some performer that you like, don’t miss its show just because you didn’t know about its performance. Visit the gdeizaci.com page dedicated to the clubs and get information about the upcoming performances.

The best Belgrade clubs with domestic music that will be popular this winter season: 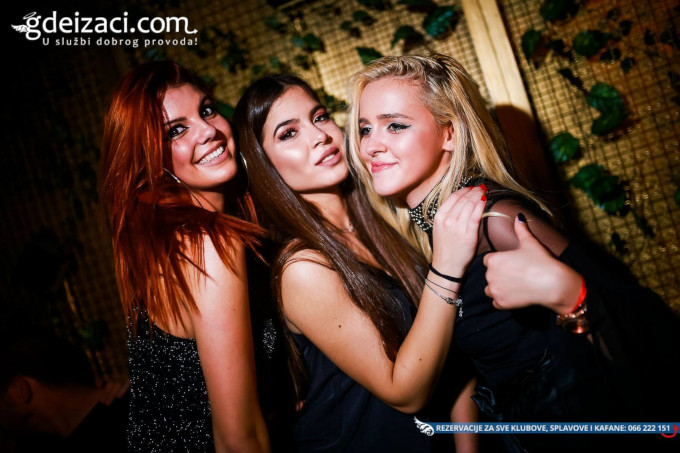 TAVERNS THAT WILL MARK THE WINTER BELGRADE NIGHTLIFE SEASON

The tavern is the traditional institution of Belgrade. Its history dates from the antic times, and throw the centuries it has been the place of gathering of the city’s bohemians. Belgrade taverns have a special charm, they paint the picture of the Belgrade’s past and give an impression of how the capital looked in its beginnings.

These days, the concept of the tavern has evolved drastically. While the traditional taverns will never be forgotten or go out of style, the so-called modern taverns are in trend now. They are the combination of tavern and club element. What they have in common are a great time, a cheerful atmosphere and a relaxed ambiance. 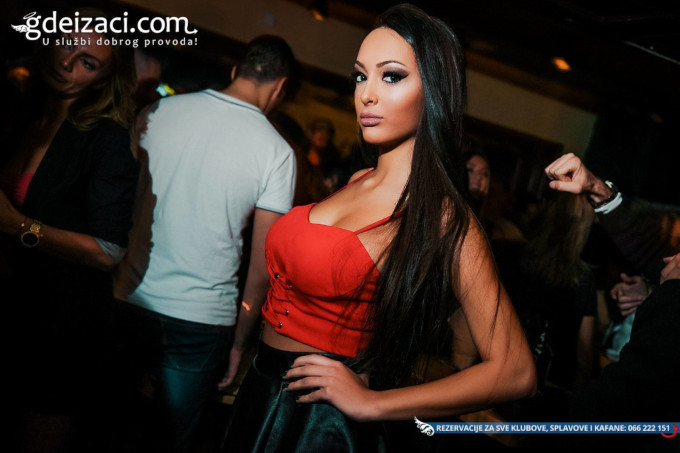 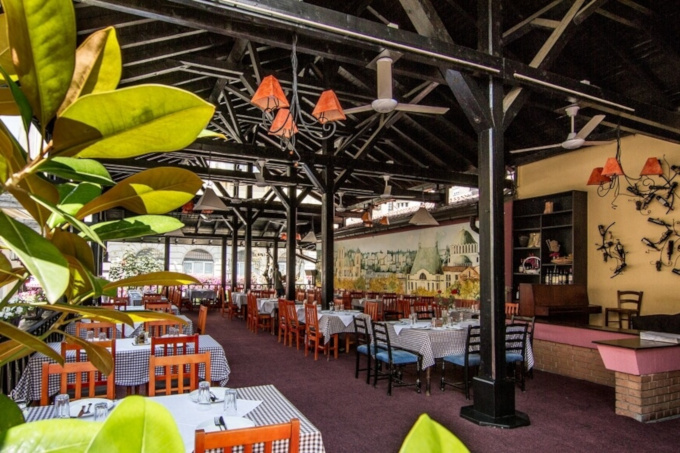 Bars and pubs are gaining its popularity in Belgrade. Although it will never be possible to measure with the popularity of Belgrade clubs and taverns, the urban crowd is increasingly choosing the bars as the alternative places for going out, especially during working days. Music programs of Belgrade bars are usually based on foreign and YU rock and pop music, but some of them make parties with the DJs that play house music.

The most popular Belgrade bars in Belgrade are:

Autumn and winter in Belgrade may be cold and gloomy, but there is Belgrade's nightlife to fix the mood. A phenomenal nightlife is waiting for us in the winter season, and if you follow the site gdeizaci.com, you will have first-hand information. Beside the most current nightlife options in Belgrade, through this portal, you can even make a reservation for your favorite place. Reservation numbers are 066 / 222-151, 066 / 222-152 and 066 / 222-153.

There is no doubt that many unforgettable nights and memories will be awaiting us, so book your place and join the great party that Belgrade provides at night. 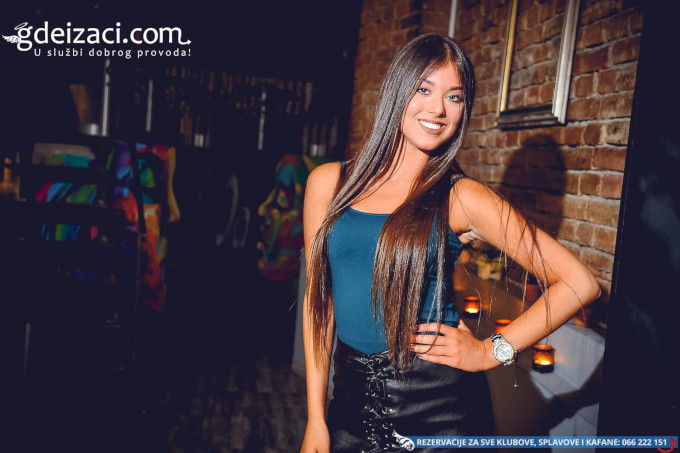 Autumn and winter in Belgrade may be cold and gloomy, but there is Belgrade's nightlife to fix the mood. A phenomenal nightlife is waiting for us in the winter season, and if you follow the site gdeizaci.com, you will have first-hand information. Beside the most current nightlife options in Belgrade, through this portal, you can even make a reservation for your favorite place. Reservation numbers are 066 / 222-151, 066 / 222-152 and 066 / 222-153.

There is no doubt that many unforgettable nights and memories will be awaiting us, so book your place and join the great party that Belgrade provides at night.